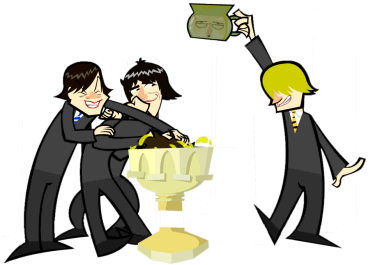 Nuclear Bubble Wrap was first featured anonymously on Albino Blacksheep with the release of ScientLOLojyuuichi!!!. Their parody styling and punny humour attracted muliple Albino Blacksheep animators to come together in creating music videos for the band. It's been a match made in Heaven ever since.