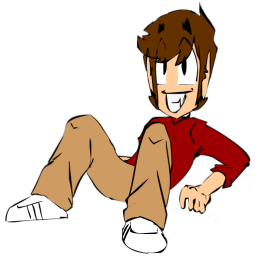 WooleyWorld is Grant Wooley, an animator from the swamps of Louisiana and member of the Albino Blacksheep Flash community since 2011. Grant was heavily influenced by Calvin and Hobbes comics in his childhood which led him to draw using Microsoft Paint in 2006. After a friend introduced him to Flash, Grant quickly learned the Flash program and is currently honing in on his craft, animating with his friend Tristin.