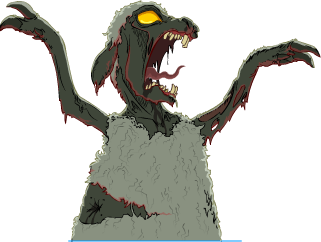 This year's TOFA (Tournament of Flash Artists) is a continuation of last year's. Last year concluded with the death of Sgt. Sheepie, but he became "re-animated" in a government lab to continue hosting TOFA in 2012. The lab attempt went wrong and Sheepie came back to life as the living undead, a zombie. He transformed Commander Lebon into a Zombie and even turned buried fallen soldiers from the previous TOFA back to unlife.