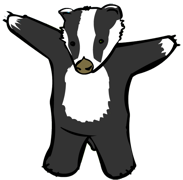 Weebl is Jonti Picking of the United Kingdom. Albino Blacksheep and Weebl had a deal going where Weebls-Stuff's ISP would provide bandwidth to ABS in return for links on the animations that used the bandwidth. Weebl carries a very strong Web fanbase with his catchy musical toons. Though Weebl is both a musician and animator, he has hired ABS members such as Drewmo and ZekeySpaceyLizard to take his place in animating.