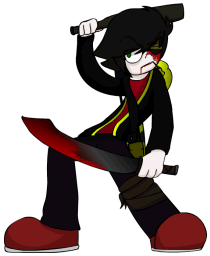 In 2002 Anthony Price AKA KrEid from Grimstonshireville, United Kingdom was required to create a PowerPoint presentation for primary school with his classmate and friend Se7ven. Normally PowerPoint is used as a business or school presentation tool, but Anothony realized:

Oh my God! You can make people get run over in it!

He continued to animate in PowerPoint for the next two years until moving onto film and claymation. However, Anthony's fate with Flash was already sealed after being inspired by David Firth's creepy Flash animations in 2004.

At first Anthony attempted to duplicate the techniques he viewed in Flash with PowerPoint, but soon made the switch to the more powerful Macromedia Flash MX 2004. He was not an expert right away and found himself back at the drawing board when communities such as Newgrounds "blammed" his work.

Anthony continued to practice and it all paid off in 2009 when he competed and won against all age 16+ from all UK schools in a contest called Animation09. 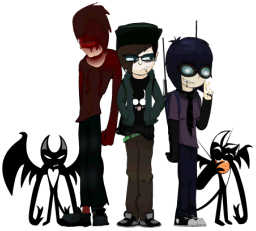