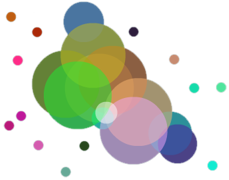 Danny Miller is my brother from another mother, even though he lives all the way down in Marietta, Georgia, USA. Danny has been submitting games to ABS since the early '00s with Stick Avalanche and eventually became a professional Flash game developer by the time he created the hit game Boomshine, which he was nice enough to brand for ABS. (I mean, it cost me quite a bit, but he's a pro now, and I gotsta respek dat.)

Although Danny has sophisticated anti-piracy Flash protection, his intellectual property rights were disrespected when Boomshine was copied and retitled by a Facebook developer. His fans on ABS know for certain that Danny Miller of K2xL Games is the true original.