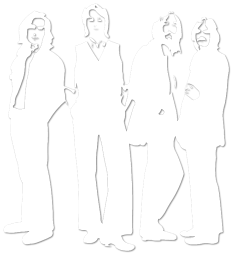 What do The Beatles (John Lennon, Paul McCartney, George Harrison and Ringo Starr) have to do with animation? More than the average Beatles fan may know.

Between 1965 and 1969 ABC aired a children's morning cartoon series featuring The Beatles (without their real voices) and directed by George Dunning.

Of course, we all know that Yoko Ono with help from the CIA broke up The Beatles shortly after 1970, but that was still not the end of Beatles animation. In 2001 Apple Corp. (no, not Apple Inc.) released a Beatles Flash website with animated music videos. It wasn't long after that when Albino Blacksheep began receiving Flash music videos to Beatles music.

Perhaps the most famous Beatles animation since the Yellow Submarine film is I Met the Walrus directed by Josh Raskin. It contains a previously unreleased interview with the late John Lennon conducted in 1969 by then 14-year old Jerry Levitan. It was released in 2008.

I Met the Walrus